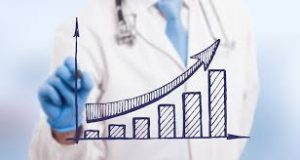 Six AHSNs have commissioned an independent report by the King’s Fund on adoption and spread of innovation in the NHS, which has now been published.

Ensuring the adoption and spread of most innovations is a challenge in any health system. But anecdotal evidence suggests that the English NHS finds doing so particularly challenging, for example its slow progress in making use of basic communications technologies. Policy-makers express their frustration by commissioning a new report every couple of years decrying the slow pace of change and highlighting the potential benefits of faster adoption of innovation. For advocates of directive leadership, the answer is for the national NHS bodies to play a more active role in mandating adoption of ‘proven’ good practice, with sanctions for those who fail to do so. For supporters of free markets, the solution is to break down monopolies, support entrants, allow inefficient providers to exit the market, and unleash the creative destruction of competition, although doing so in the NHS has proved difficult in practice.

This paper aims to make a pragmatic contribution to the discussion of what can be done to facilitate faster adoption and spread of service innovation given the current configuration of the NHS, drawing on findings from eight case studies of successful spread of innovation supported by the academic health science networks (AHSNs).

You can find the full King’s Fund report here.