You are here: Home1 / News2 / Latest News3 / Kidney network named as one of 10 projects to test new national standa... 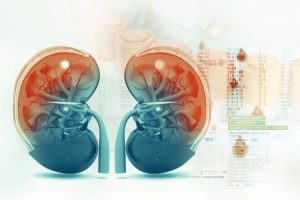 A NETWORK bringing together kidney patients with clinicians and researchers has been chosen as one of 10 ‘test bed’ projects for new national research standards.

The National Institute for Health Research (NIHR) has named the national Kidney Patient Involvement Network (KPIN) a partnership of voluntary, charity and professional organisations alongside academics from the University of Salford as one of the national ‘test beds’ used to evaluate the new INVOLVE standards aimed at improving public involvement in research.

The scheme also brings together clinicians within the British Renal Society, Renal Association and researchers, Dr Cristina Vasilica from the University of Salford and Professor Nicki Thomas from London South Bank University, all who embed public involvement in their work.

Involving the public in research

The new standards, announced on March 20, aim to provide people with clear, concise benchmarks for effective public involvement alongside indicators against which improvement can be monitored.  They are intended to encourage the approaches and behaviour that will support this.

INVOLVE will work over the next year with KPIN to examine the practical application of the standards within different committees, patient councils, clinical study groups, quality improvement initiatives and social media innovations across the kidney community.

Simon Denegri, NIHR Director of Patients, Carers and The Public said: “I am absolutely delighted to see the Public Involvement Standards reach the next milestone in their development at the Patients First conference today.

“My congratulations and thanks to those organisations who will be ‘test beds’ for the standards over the next 12 months. They will be playing a really important role in making them roadworthy for future users.”

Professor Ormandy said: “It’s a real achievement that out of 53 submissions across the country ours has been chosen as one of just 10 projects used to test these new standards.

“We plan over the next five years to measure and research what works, share best practice, capture impact and embed our high quality standards for patient and carer involvement.

“Across the kidney community we have developed innovative ways to engage better with patients to strengthen their voice and understand their preferences which has had a positive impact on their lives. We hope that by testing these new standards we can benchmark, improve and increase kidney patient involvement in setting and influencing research and quality agendas.”

This full article is available through the University of Salford’s website, here.

The Clinical Research and Innovation Office (CRIO) at Sheffield Teaching Hospitals, D4D’s host organisation, has also been named as one of the 10 test sites.