Prioritisation of pan-European healthcare needs, award of tender for industry to provide innovative solutions, and evaluation of products 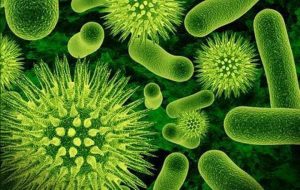 According to the World Health Organisation (WHO) ‘…Antimicrobial resistance (AMR) threatens the effective prevention and treatment of an ever-increasing range of infections caused by bacteria, parasites, viruses and fungi.

As a result, the medicines become ineffective and infections persist in the body, increasing the risk of spread to others.’

Antibiotic resistance varies according to geographic locations and is directly proportional to the use and misuse of antibiotics. Active surveillance systems are in place across all European member states and Norway and are to be considered one of the main contributing factors to the reduction AMRO infections over the years. However, there is a need for better ways of detecting and tracing people with these infections, and contaminated environments.

This Information and Communication Technology (ICT) Pre-Commercial Procurement project is funded by the European Commission’s Horizon 2020 (H2020) Programme. The network of pan-European project collaborators has explored, defined and awarded a high priority tender for industry R&D organisations to develop early stage smart ICT solutions to detect the presence of clinically problematic organisms, give real-time feedback to the user, and share information with healthcare provider electronic records. By funding industry partners to undertake product development, the project hopes to stimulate rapid development of fit-for-purpose technologies for use in clinical care settings.

More detailed information can be found on the project’s dedicated website, here.

The consortium of partners across Spain, Italy, Germany and the UK has defined the highest priority technology need in this area, and released a call to tender, which was widely disseminated through EC and other routes during late 2019. There are 3 phases to the €4M tender, with Phase 1 funding awarded to four companies in March 2020. It is anticipated that up to three will receive funding for Phase 2 funding following a further round of assessment. The two companies that deliver the best performing technologies combined with the most effective development and commercialisation strategies will then be awarded Phase 3 funding.

The four products under development that have received Phase 1 funding following a rigorous assessment process are:

This project (proposal H2020-ICT-2016), Anti-Superbugs PCP, has an overall budget of €4,923,750, and is part of the H2020-EU.2.1.1.- Industrial Leadership – Leadership in Enabling and Industrial Technologies – Information and Communication Technologies (ICT) Programme.